Eventually, everyone runs into the problem of a long running script. These scripts shouldn’t fail but if they do, there should be some method to relaunch and ensure that your application does not crash.

If you are new to process supervision on Linux, be prepared to get involved in a long running war and controversy over service management in the kernel. System services, often called daemons in Linux/Unix are programs that run in the background and provide functionality to other software.

For a long time (since 2006) Linux was shipped with Upstart: a program that could run daemons without having to modify the startup scripts. When Canonical (creators of Ubuntu) released Ubuntu 6.10, Upstart was part of the release and this caused most Linux distributions to migrate towards Upstart. Here’s where the war starts. During this shift in process supervision the Debian systems decided to migrate towards another software called Systemd.

Systemd was the creation of Lennart Poettering and Key Sievers both of whom were Red Hat engineers. Within the next 3 years a majority of distributions switched over to Systemd. Today, Systemd is shipped with most distributions but you will still catch Upstart in some legacy systems.  For anyone developing on the Linux kernel this controversy has turned into a war over which program is better.

Recently, I created a python application that used sockets and many third-party libraries to manage data. This script ran pretty well with some data causing the process to die. I started investigating which program would be best to keep this script running as a service in the operating system. In the end, I decided to abandon both projects for Supervisor a process management software that met all my needs.

In the supervisord.conf file you will notice the following code:

This tells you that anything located in the conf.d folder ending with a .conf file will be included in the runtime of supervisor. Now we can proceed to create a configuration file for our long running process. First change directories into the conf.d folder and create a file for your application. The following configuration file is for my app SITL.

Since we specified where the log files should be stored we need to create that directory in our system.

Now to visualize the process and check its runtime run the following code:

Now you should see the following process and it’s PID / uptime.

You can double check this by running the following code:

This should also give you similar output 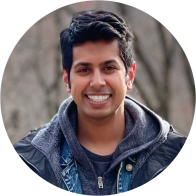 Kavun Nuggihalli - September 24, 2019
For my 21st birthday I had the opportunity to travel to Tokyo, Japan. I could not imagine a better way to spend such a special day than immersing myself in the culture of Japan.

ConsiderCode receives seed funding from the Innovation and Entrepreneurship Institute at...